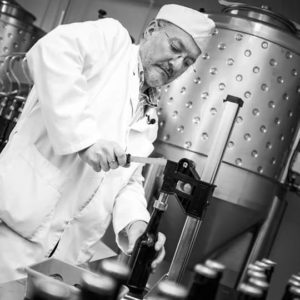 Cervezas Artesanas Quijota was born in April 2014 with the impulse of Juan Ezequiel Campos and the collaboration of Brewmaster José Luis Rodríguez, aka “Azor Manchego”.

What started being simple curiosity about the world of craft beer led to a business project. Once this project was awarded with the First Prize in the 1st FORUM “ALBACETE CAPITAL DE EMPRENDEDORES” in 2012, organized by the City Council of Albacete, the construction of what are now the company facilities began in the Campollano Business Park of Albacete.